Abstract: A comprehensive survey of 1450 households in 26 Chinese provinces was undertaken in 2012 to identify the characteristics and potential driving forces of residential energy consumption in China. The survey covers six areas: household characteristics, dwelling characteristics, kitchen and home appliances, space heating and cooling, residential transportation, and electricity billing, metering, and pricing options. The results show that a typical Chinese household in 2012 consumed 1426 kilograms standard coal equivalent, which is approximately 44 percent of the 2009 level in the United States and 38 percent of the 2008 level in the EU-27. District heating, natural gas, and electricity are three major residential energy sources, while space heating, cooking, and water heating are three major end-use activities. Moreover, the results suggest a large urban–rural gap in terms of energy sources and purpose of usage. Commercial energy is used mainly for space heating in urban areas, while biomass dominates mainly for cooking purpose in rural areas. The survey results can help decision makers and scholars identify energy conservation opportunities, and evaluate the effectiveness of energy policies. [Download]

Abstract: There has been a long debate on whether South China should supply district heating for the residential sector, a system that is widely used in North China. The major concern is that it may further accelerate China’s energy demand. Using a unique urban household level dataset, the China Residential Energy Consumption Survey (CRECS), we investigate residential energy consumption for heating and examine the energy intensity and energy cost of distributed heating in South China and district heating in North China during the 2012 heating season. Our results show that the total energy consumption for distributed heating system users in southern cities is significantly lower than for users of district heating systems in northern cities. However, when accounting for the heating area and heating season, the distributed heating households in the South consumed 32% more energy and paid 189% higher cost per unit area and per hour, but had lower comfort than district heating users in the North. These findings suggest promoting the district heating market in appropriate areas in South China. This not only can improve residential welfare, but also can indirectly reduce energy consumption and financial burdens. [Download]

Abstract: Based on the detailed CRECS-2012 dataset with 1,450 surveyed households, this study provides a brief overview of Chinese energy consumption at the household level in 2012. Furthermore, this study investigates the various types of household energy conservation behaviour. We have several major findings. First, our results show that a representative Chinese household in 2012 consumed 1,426 kgce (standard coal equivalent), which is approximately 44 % of that in the US in 2009, and 38 % of that in the EU 27 in 2008. Space heating is the most energy-intensive activity in a household, accounting for over half of the consumption. Second, the barrier to energy efficiency in space heating lies in the current pricing system of district heating. In order to improve the individual incentive to conserve energy, the reform should be carried out so that heating charges are made according to the actual usage. Third, although there are various government programmes to subsidise energy-efficient appliances, the purchase rate for less energy-intensive appliances, such as TVs, water heaters and computers, is still low. This calls for more research to understand the determinants of household energy conservation behaviour. [Linkage] 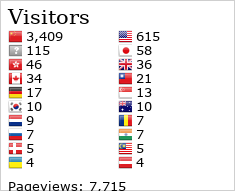